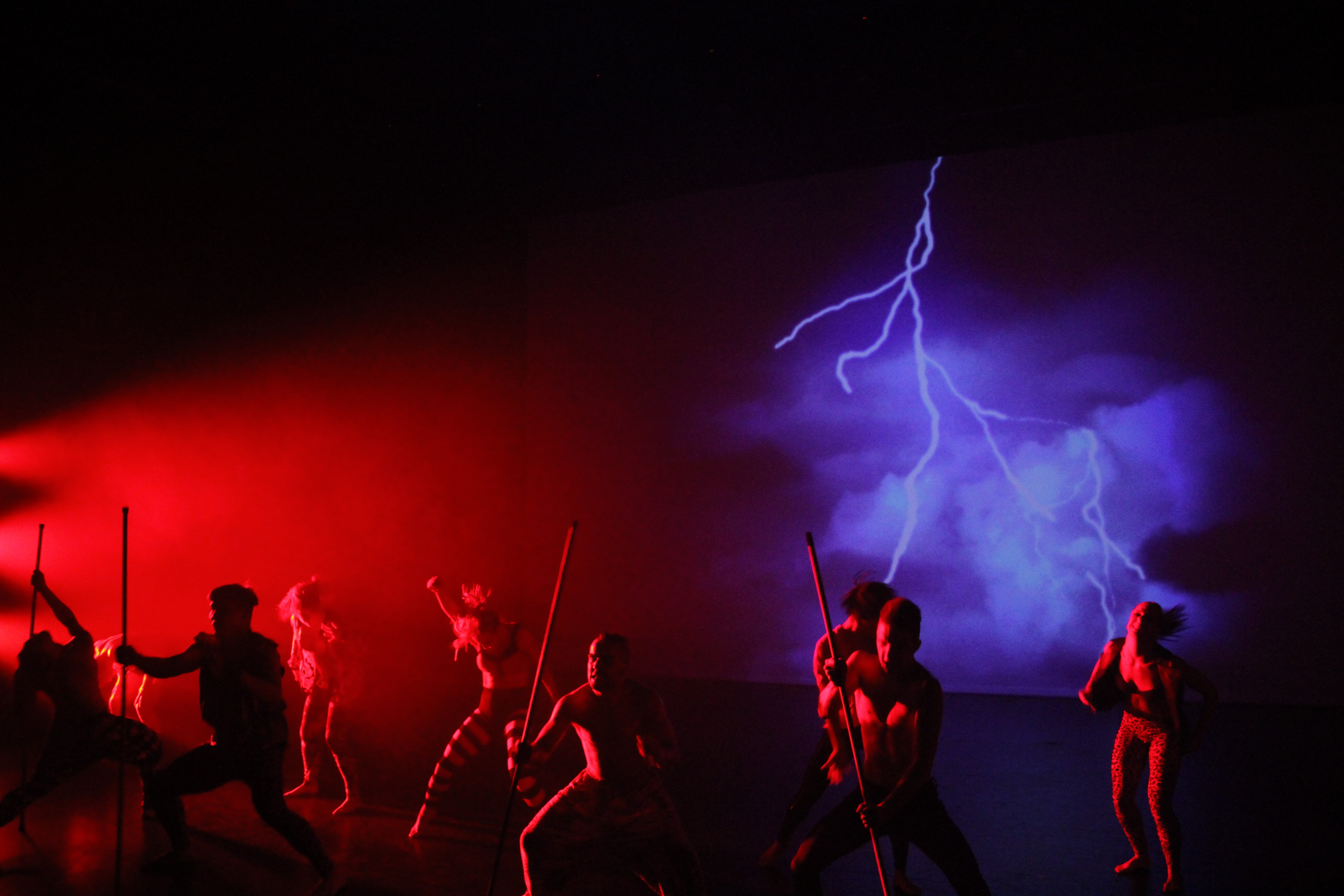 It was an exclusive 5 show season at The Parade Playhouse Sydney in February 2012 – Marko Panzic Presents the dynamic choreographic duo Tannos & Choice.

This is Dance as its never been seen before!

For Jeremy Koch, the debut of TANNOS+CHOICE was a show that would stretch his technical abilities and test creativity to the MAX!

Both Marko and Stephen Tannos were familiar with Jeremy’s work, having worked with him at the Australian Dance Festival and other events. They knew they wanted Jeremy and the team at Innovative to design and deliver the visual experience for their show. After the first meeting at a café in Surry Hills, it was a match made in heaven. Intense and immersive was the brief; creativity and passion were paramount, boundaries were to be pushed to the limits. Let’s go!

What unfolded in the next few weeks was nothing short of amazing. Rehearsal after rehearsal, bodies were pushed to the limit. With the soundtrack on repeat, the creative juices flowed at the late night rendezvous’ in dance studios. During one of the rehearsals a flash flood ripped through Marrickville. Thunder, lightning and floods became definitive elements that resulted in one very inspiring show.

With Coolux Pandoras Box and GrandMA2 providing system control, a rig of Martin MAC Auras, MAC TW1s, MAC 700 Profiles and a Barco RLM-W8 Full HD Projector brought a dream to reality and helped take the audience on a ride they would not forget!

‘This is by far one of my proudest moments as a designer and as a supplier. Having the privilege of providing such an integral component of the show and the ability to be creative with no real boundaries was just amazing. Also feeding off the passion and appreciation from the cast, choreographers and producer of the show made it all that extra bit worthwhile. This was an experience I will always remember and I can’t wait to take it on the road!’ – Jeremy Koch, Lighting and Visual Designer for Tannos+Choice.

Dancelife review of the show: http://www.dancelife.com.au/tannos-choice-review/