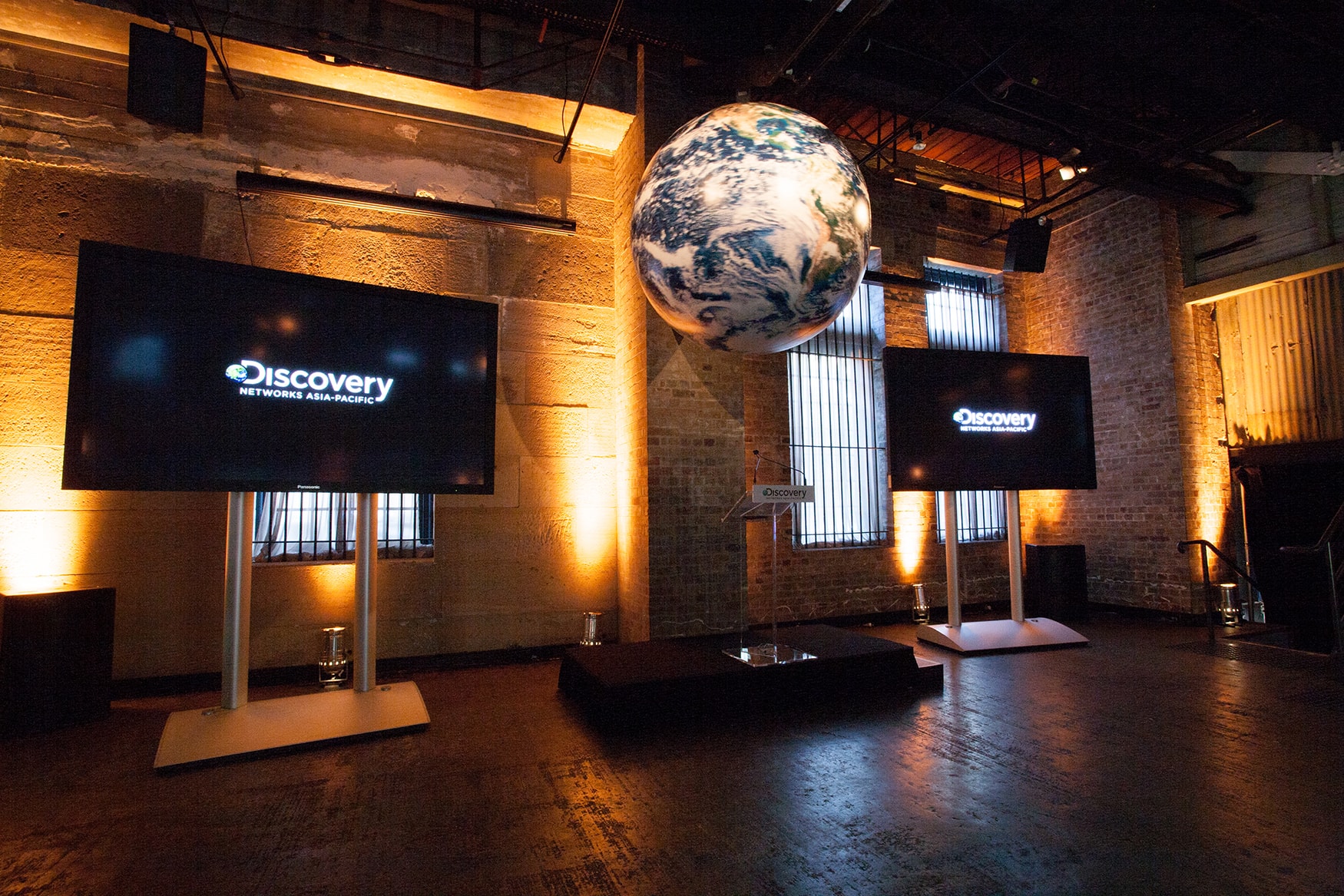 @ Simmer on the Bay

The Corporate Method (TCM) produced an exciting event at Sydney’s Simmer On The Bay in Walsh Bay. Inspired by the theme of ‘Discover the World Around You’, the Discovery Networks UpFront event transformed Simmer into a world of wonderment which tantalised the senses.

An interactive floor featuring swimming sharks greeted guests and a 6ft rotating globe featuring the newest generation of NASA satellite imagery could be seen from every part of the venue!

This was a television network launch, so the brief for the vision was to use screens that looked like a TV in your house. We found the largest plasma screens available which measured a whopping 106”! The screens made a huge impact in launching the Discovery Networks shows for the year and provided a bright and impactful high definition image.