An evening with Sir David Attenborough 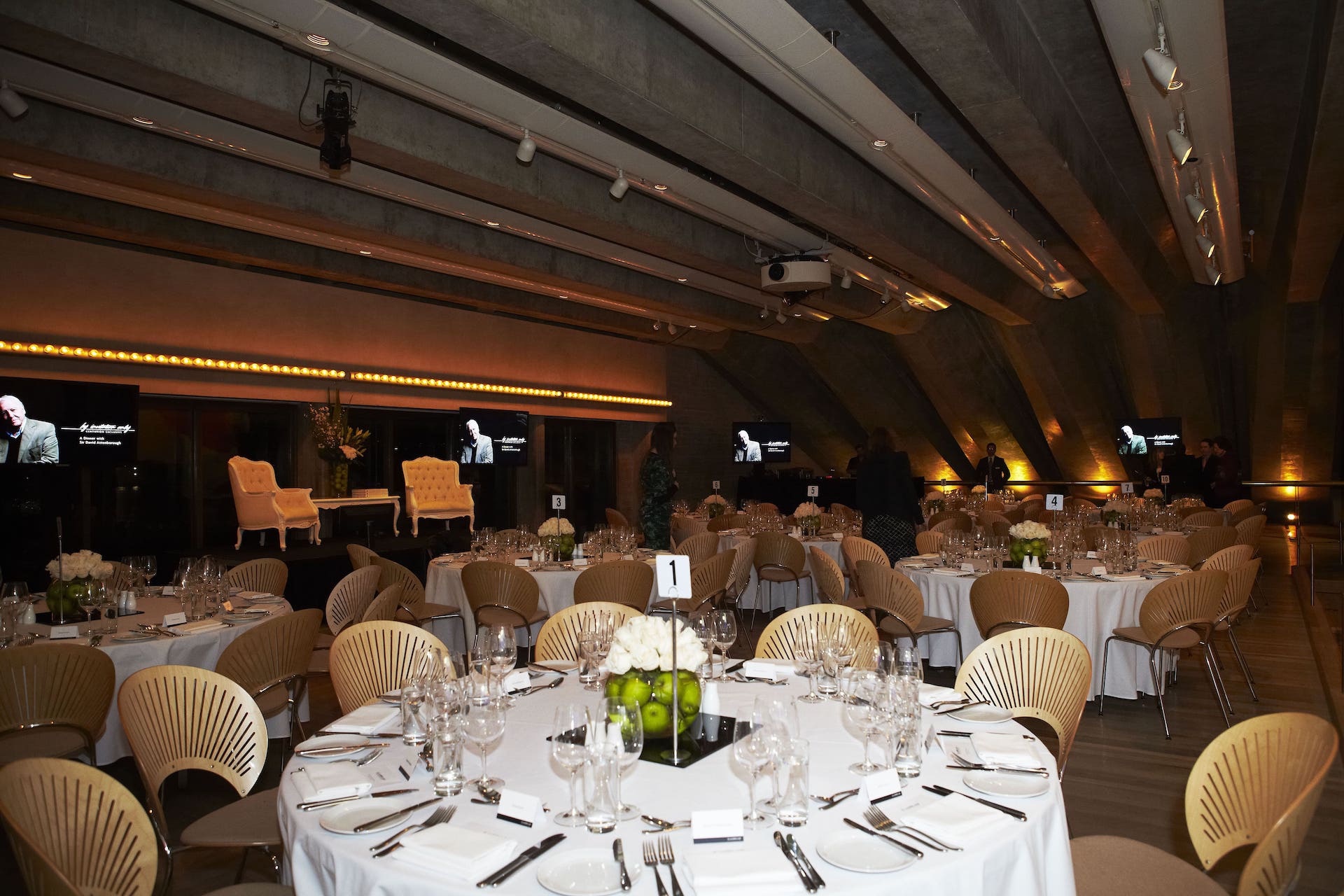 Sir David Attenborough accepted Lateral Event Management’s invitation to travel to Australia to appear live on stage in Sydney and Melbourne for the first time, for a series of public events entitled Sir David Attenborough – A Life on Earth. During his visit, Sir David attended an intimate private dinner held in the Utzon Room, Sydney Opera House. ARIA Catering catered the evening, with special guest Ray Martin interviewing Sir David Attenborough in a Q&A about his amazing and fulfilling career.

Innovative Production Services had the pleasure of providing the audio, vision and lighting for the special private event. Clean, sophisticated and discrete was the criteria for the technical components. With a minimalist approach, Innovative delivered a solution that pleased all parties involved in the event and ensured everyone could see the videos, hear the interviews and view the stage.

Sir David’s distinguished career in broadcasting began in 1952 when he joined BBC Television Talks Department. In 1954 he launched the first of his famous Zoo Quest series which over the next 10 years took him to the wilder parts of the world. In 1965, Sir David became Controller of BBC2 and was responsible for the introduction of colour television into Britain. In 1969 he was appointed Director of Programmes with editorial responsibility for both of the BBC’s television networks. Then in 1973, he resigned to return to programme making, claiming “I haven’t even seen the Galapagos Islands.”

An estimated 500 million people worldwide watched the 13-part series Life on Earth, written and presented by Sir David. At the time it was the most ambitious series ever produced by the BBC Natural History Unit. Its sequel, The Living Planet, came five years later in 1984 and in 1990 the final part of the trilogy, The Trials of Life was broadcast. In 1993, Sir David presented the spectacular Life in the Freezer, a celebration of Antarctica and in 1995, he wrote and presented the epic The Private Life of Plants. In 1996, Attenborough in Paradise fulfilled a lifelong ambition to make a special film about the elusive but beautiful birds of paradise. In 1997, he narrated the award-winning Wildlife Specials, marking 40 years of the BBC Natural History Unit. In 1998, he completed an epic 10-part series for the BBC, The Life of Birds. In 2000 he presented State of the Planet and in 2001 narrated The Blue Planet. In 2002 he worked on the innovative new BBC1 series, The Life of Mammals and in 2005 he fronted Life In The Undergrowth. Sir David’s most recent production Frozen Planet was broadcast in the UK in 2011 and quickly became a ratings success, with the second episode becoming the highest rating Natural History programme in the UK since 2001. Frozen Planet was also a ratings winner for the Nine Network in Australia.

Knighted in 1985, Sir David was awarded the Order of Merit by the Queen in 2005, which recognises exceptional distinction in the arts, sciences and other areas. Sir David Attenborough – A Life on Earth was a showcase of an incredible journey through Sir David’s extraordinary life, his untold stories, the evolution of filming techniques and his passion for bringing us closer to nature.