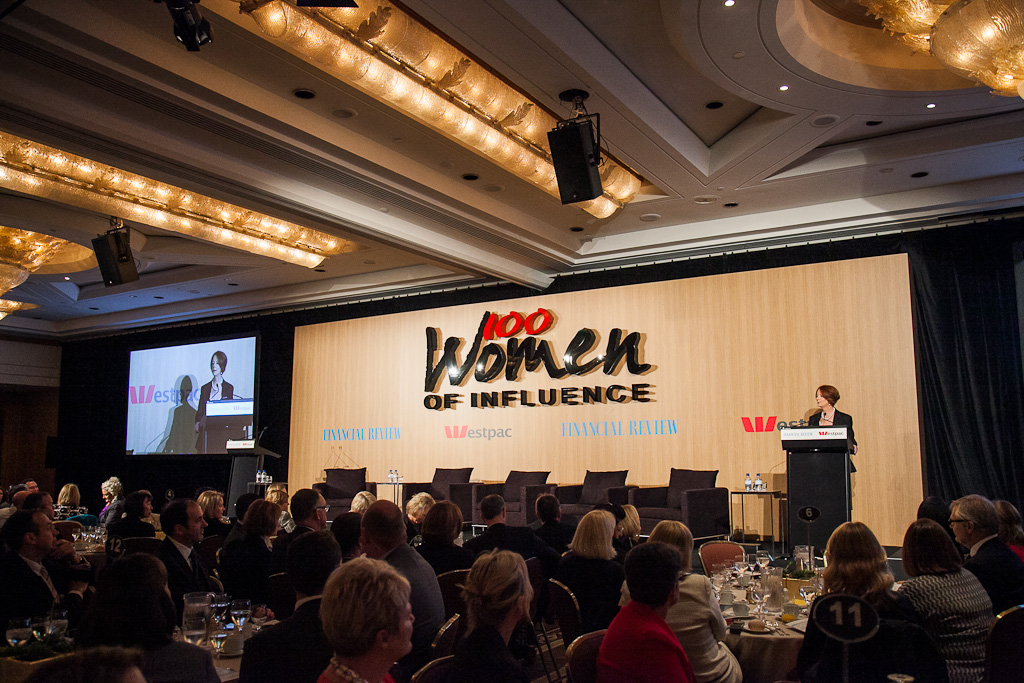 Financial Review & Westpac Group launched the “100 Women of Influence” awards program with a luncheon at the Sydney Shangri-La Hotel. Attendees were treated to a lively panel discussion with some of Australia’s most influential women; panellists included Gail Kelly, Managing Director and CEO Westpac Group, Helen Conway, Director, Equal Opportunity for Women in the Workplace Agency, and Alison Watkins, Managing Director and CEO GrainCorp. The Hon Prime Minister Julia Gillard was also present as a keynote speaker.

The room was expected to be full of numerous media sources so the audio was absolutely critical. A system was carefully designed by our senior account manager/audio guru, Ben Shannon.

“DPA slimline headsets were the microphones used for the panellists, the main reason being intelligability for a comfortable level within the room. Also, compared to lapel mics, these headsets provide a consistent audio level when the user moves around. Lapel mics are not as reliable as the sound is compromised when the user turns their head”, explains Ben.

With such a prominent keynote speaker, the top priority of the brief was to ensure the branding would be a stand out throughout the event.

The stage set was designed by The Collaborative to create a strong branding presence and focal point for the room.The projection was also specified to be bright and clear with full HD resolution. We installed the largest possible screens in the venue and ensured that all attendees had clear sightlines of the screens. Our Barco W8 Projectors were used to ensure the highest quality image and reliability.

The 100 Women of Influence Awards were held later in the year at the MCA. The winners included: